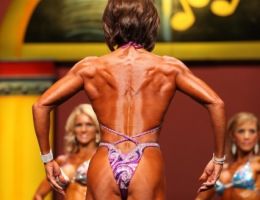 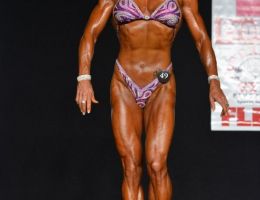 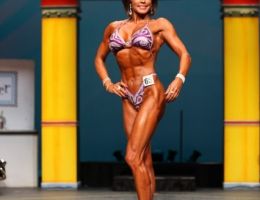 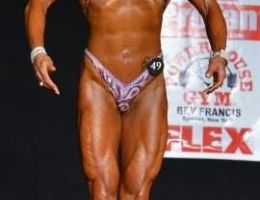 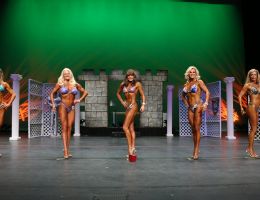 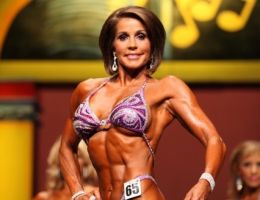 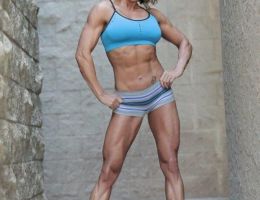 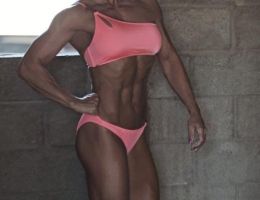 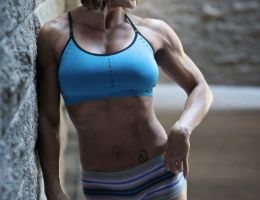 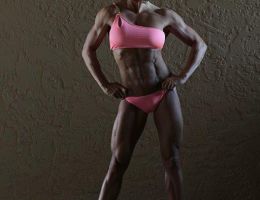 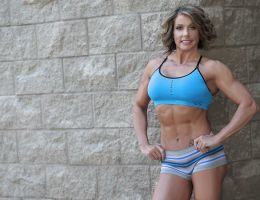 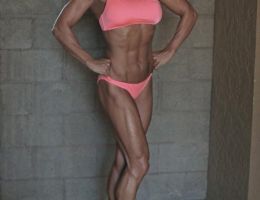 I was born and raised in the Midwest. I have two grown children and one grandchild (the love of my life). I moved to Arizona in September of 2010. I had spent all my life in the Midwest and after the passing of my husband I decided it was time to move and start fresh. I could no longer handle the long hard Midwest winters. My husband had battled cancer for a very long and hard three years. I was both physically and mentally exhausted. Arizona was my chance to start new. After moving to Arizona I decided to get back into the gym. Fitness had been a big part of my life prior to my husband’s illness and I was excited to get back to that lifestyle. I had actually competed in an NPC Women’s Bodybuilding competition in Rockford, IL in 2002, where I took 1st place. At that time the NPC had only two categories, Bodybuilding and Fitness. I had no idea that you could take competing to a whole new level. Lifting weights and being in the gym was a great healing process for me. It helped to get my back in shape both physically and mentally.

I attended a Miles Production show in Mesa in March of 2012. It gave me the itch to compete again but it had been 10 years and I was not sure that I had it in me. I contemplated competing for several months. People would approach me at the gym and ask if I competed. Again, the seed was planted. I decided to go for it. I contacted AZ Pro Physiques to inquire about competition prep. I knew if I was going to try to compete I wanted to do it the right way. I started training with Felicia Romero at that time, with Damian Segovia overseeing all of the diet and prep. In November of 2012, I signed up for Miles Production NPC Western Regional. I placed first in the Figure Masters Division and 2nd in the Open Division, Class C. It was an amazing experience. Miles goes above and beyond for his athletes. He wants to make sure that everyone competing has a good experience and enjoys the show no matter what the outcome. I was hooked!!!

Placing 1st in this competition qualified me to compete at the National level in attempt to obtain my “pro card”. Unfortunately, I had some family obligations that summer and decided not to compete at Nationals that year. In November 2013, I again entered Miles Production – NPC Western Regional in an attempt to re-qualify for Nationals. This time Damian Segovia was my trainer and prep coach. (I cannot say enough about Damian and AZ Pro Physiques). Again I placed 1st in Figure Masters and was qualified for Nationals. I trained with Damian for the next six months. In May of 2014 I did a show in California as prep for the National stage. In July 2014, I competed at Team Universe Championships in Newark, NJ. I placed 1st in 40+ Figure, Class C and 1st place 50+ Figure. With both wins I earned my pro card. I had achieved my goal of becoming an IFBB Figure Pro. (Never stop dreaming, always believe in yourself.)

In the real world, I work as Director of Account Services for a company called CreditGuard, which provides Identity Theft Protection for consumers. My co-workers are very supportive of my fitness lifestyle, but think I’m just a little bit crazy with all the discipline. They prefer when I am off-season and I am able to pursue my love of baking. They are able to enjoy those benefits lol.

I would like to thank Miles Production for creating such an enjoyable experience. It definitely started me if the direction of fulfilling my goals.